Summer is the best month for all of us when we are still younger. Aside from it is our vacation month. This is also the best time that we can play with our neighbor’s friends.

Nothing can beat how we will play all day until we used up all our energy.

However, nowadays many kids are stuck on their PSP, iPad, computers, laptops, cellphones and tablets.

In this article, we will bring you back the few outdoor games for large group of kids. That will give you the kind feeling of nostalgia. You can also teach these outdoor games to your nephews, nieces, and of course your kids to pass on the fun.

Outdoor games are one of the best experiences that every kid will really enjoy. There are lots of outdoor games that they can choose from. We compiled some of the outdoor games for large groups of kids below;

Hide and Seek is one of the most popular classic kids’ games that can last few hours a day. You can try playing a version with multiple player seekers or play it on the traditional way. What makes the game unique is that it is usually play during sunset or at night. To make it more exciting and challenging for the player who is the ‘’it’’ or the person who is finding the other players. Before the game will start the other players will hide. They need to be creative with their hiding spots to win the game.

Musical chairs or also known as the “Trip to Jerusalem” game is one of the funniest games that your kids will enjoy. In this game their talent in dancing and skills in being active will be seen. This game is very easy to learn. So, your kids will really enjoy this game.

Catch the dragon’s tail is a very fun game that is ideal game for the middle and high school kids. As well as on adults too. This game is a simple to play. It only requires the kids to form a long chain and they should need not to break it. This game will help your kids develop swiftness and agility. As well as fast thinking about strategy.

Holding hands will make it easier than putting arms around the waist.

Make a rule that they can’t try to break another person’s chain. If they do their group will be disqualified. Have a bigger or huge area to play the game. A great warmup is trying each dragon to capture their own tail.

One of the favorite classic games of many kids that wants to play is the ‘’kick the can’’ game. It is an urban version of hide and seek game which is practically a rite of childhood. So, you find a can and get kicking. The main objective of these game is to put all of the players in the “jail” and captures them in their hiding spots.

Shorten a game that has gone on too long declaring that the first person who is caught three times is the new ‘’it’’ and begin the new game.

Many kids love playing this game in the backyard or in the school with their friends or classmates. Although this game is fun but it can be also be dangerous. That’s why supervision is advised when kids will play this game. This classic game is usually play at birthday party games. It helps the kids to keep laughing and active while on the party. So, why not let the craziness begin; and start lining up the kids as they will compete to be on their strongest side?

The freeze tag is one of the coolest games that every kid wants to play. This game is almost similar to normal tag game. The only difference is that, whoever was tagged by the “It” should need to stop right in their place or tracks and freeze. They can only be unfrozen if the other players will simply tap them on their shoulder and say ‘’unfreeze’’.

In this game once the ‘’it’’ freezes all the players before the time runs out the game will be over and the ”it” will win. However, if the players can wind down the clock and unfrozen the other players, they will win the game.

One of the best outdoor game that is played by larger group of kids is the capture the flag game. The main goal in this game is to capture each other’s team flags without being caught on the on the territory of the other teams. In this game your kids will be train to be more active and sociable. Their skills will be more enhance when it comes to observation strategy, endurance and speed stealth.

If you don’t want your prisoners to know where your flag is. Don’t place the jail within the sight of the flags.

When we are younger, we used to play outside with our friends. One of the most important life lessons that teach us playing with a large group of kids is teamwork.

This group game teaches us how to be a part of a team and work out together. It will also help us in many ways when it comes to our skills and abilities. Most especially on having a healthy body.

So, what’s your favorite outdoor games with your childhood friends? Tell us and leave us a comment below. 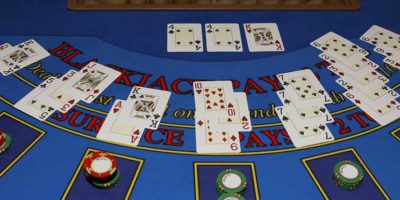 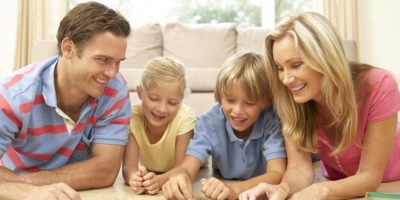